In late March and during the first days of April, cherry blossom illuminates the Japanese spring, and festivals fill its parks.
The famous cherry blossom festivals go as far back as 710, during the Nara period. The Japanese copied the fondness for contemplating flowers from Chinese culture. At first, plum blossom was the favourite, but from the Heian period, it was the cherry tree that began to win the hearts of the Japanese.
Visiting the sites where this explosion of colour occurs is a much-awaited routine by the Japanese, and repeated every spring. It’s the ideal time to get together and eat with friends and family in the parks of Tokyo.
There are numerous places to enjoy this gift of nature: the Meguro River, Asukayama Park, Ueno Park, Chidorigafuchi…
Among the many Tokyo parks, Sumida Park is worth a special stop, for the sheer number of cherry trees that line the river bank. In the 18th century, the eighth Shogun from the Tokugawa dynasty ordered a hundred cherry trees to be planted here, and from then on the Japanese have continued to plant trees on both sides of the river. There are now over a thousand along the 1,300-metre stretch of river. The section of river between the Sakura and Makura bridges was declared a Cultural Heritage by the District of Sumida. The Bokutei Sakura Matsuri Festival and the Flower Festival at Sakura Tsutsumi are just some of the celebrations held in Sumida Park.
The Nakameguro Cherry Blossom Festival is one of the most famous in Tokyo and takes place in the district of the same name. It is held on the banks of the Meguro-gawa River, in a zone where you can enjoy restaurants and fashion boutiques. The trees cover the river like a pergola, all along the 3,800 metre canal, and it is beautifully lit at night. The best places to visit are between the Horaibashi and Tenjinbashi bridges.
The Chiyoda Cherry Blossom Festival is held along the moats of the Imperial Palace. The pale rose tint, especially from yoshino cherry trees, mixes with the hues of other trees. You can rent a boat at the Chirodigafuchi Wharf to take you along the moat. There’s a special charm about making the trip at the end of the day, when the night lighting brings out the contrast between the buildings of Marunouchi and the blossoms of the trees.
The ancient garden of the Imperial Family, currently Shinjuku Gyoen Park, is a vast area bursting with thousands of every kind of cherry trees.
Meanwhile, in Rikugien, a solitary tree becomes the protagonist of the spring festival. The impressive weeping cherry, 15 metres tall, 20 metres wide and laden with blossoms, presides over the park. It is illuminated at night to mark the onset of spring.


Picnic under the cherry trees

The early spring welcomes groups of family and friends who come to picnic among the cherry trees. Workmates also sit and take a breaks under a cherry tree in the middle of the city. The custom began in the 8th century. The blossoming coincided with rice planting season, when offerings were made under the trees. Later, the festival was accompanied by food items like the sakura mochi, a rice cake, filled with a sweet red bean paste and wrapped with a cherry leaf.

Cherry blossoms from the river

Seeing the cherry blossoms from the water as the sun goes down is a must-do for the tourist. The Yakatabune ferries sail along the Sumida River providing views of the Tokyo Tower, Skytree and the Bokutel cherry trees. Yakatabune tour boats go along the Yokogawa River, between Etchujima Island and Monzennagacho. The cherry trees lining the river banks hang right over the river. At sunset, the Cherry Tree Night Cruise is not to be missed; it starts and ends at the Azumbashi Bridge. 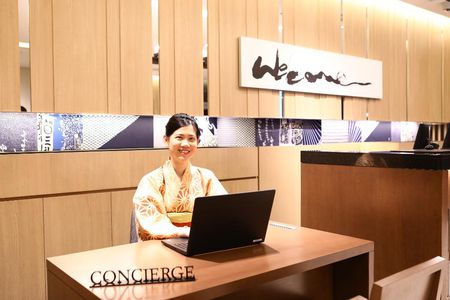 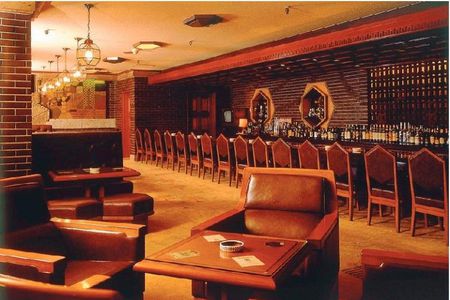