Remembering Madchester, the soundtrack to a city

For a decade, Manchester dominated British music, and wasn't afraid to let the world know how great the city was. Though some venues have vanished, the 'Madchester' spirit lives on.
In the 1960s, it was London and Liverpool that were swinging, with the Beatles and the Rolling Stones defining a generation. Fast forward 20 years, however, and it was Manchester making the headlines, and the 'Madchester' sound the decade spawned can still be felt around the city today, not least in the way it changed popular culture for good.
The movement can be traced back to the early 1980s, even if it was to peak several years later. Around the turn of the decade, the Manchester music scene was dominated by guitar bands; The Smiths, The Fall and Joy Division—bands whose logos still adorn T-shirts worn by music fans right around the world – all had huge followings and their success helped establish the city as the live music capital of the north of England. Above all, these big groups put the Hacienda nightclub firmly on the map, with countless other bands taking to the stage here over the years. However, while it had an enviable reputation, the club – owned by Mike Pickering who would later to go on to create the million-selling pop outfit M People – was making a loss. A change of direction was needed.
By 1987, then, the Hacienda had decided to move away from hosting live bands, instead switching to DJs. This electronic dance music was blended with guitar rock, with a mix of funk thrown in and the Madchester sound was born: laid back, perfect to dance to (without making too much effort) and ideally complemented by the casual styles of the time—think football shirts, floppy hats and the baggy jeans that gave the music its 'baggy' label.
Almost overnight, the bands at the forefront of the movement became stars, first in the city and then across the UK. The biggest two, the Stone Roses and the Happy Mondays played the country's biggest music TV show 'Top of the Pops' on the same night in 1989. "It felt like Manchester was taking over," Ian Brown, lead singer of the Roses—and the man who defined the 'baggy' fashion more than anyone else—later recalled. The fashions of the city were adopted by the rest of England, even the tie-dye shirts so inexplicably popular at the time.
And then, almost as soon as it had emerged, the Madchester bubble burst. In 1990, the Stone Roses played a huge concert at Spike Island, a gig dubbed 'the Woodstock of the Madchester Generation'. At that point, the biggest bands either imploded, got rich and moved to London, or both. Even worse for Mancunian pride, the music press, always after the next trend, turned their attention back to London and the emerging Britpop movement that would go on to dominate during the mid-90s.
Despite this, the legacy lives on. Sure, the Hacienda nightclub was closed and turned into luxury flats, but, come 2am, the pubs and nightclubs, even those in the trendy Northern Quarter, will close the night with Madchester classics. Even the student crowds, most of whom were not even born when the songs were first released, know all the words and, more importantly, the baggy dance moves.
But perhaps the biggest legacy of Madchester is the way it altered the image of the city for good. No longer seen as a grey, post-industrial cultural backwater, young people from all over the country chose to study at the University of Manchester from the 1990s onwards, bringing even more creative energy with them. Many chose never to leave and now Manchester is 'Media City UK', with a live music scene and nightlife the envy of the world.

In 2012, the members of the Stone Roses put aside their artistic and personal differences and reformed. And they did it in style. In all 250,000 tickets for their reunion show at Heaton Park, just outside the city centre, sold out in a matter of minutes. Similar mega-gigs and reunions followed in the next few years, with the next generation of students joining 40 and 50-somethings in embracing Manchester's musical heritage. The scene has returned, to the delight of many.

The soundtrack to a night out

To party like it's 1989, start out at the Night and Day Café in the Northern Quarter; you may even spot a local celebrity enjoying a pint. Closer to midnight, the sci-fi themed Fab Café on Portland Street attracts an older crowd, with several stalwarts from the Madchester music scene DJ-ing here. Finally, join the students dancing to baggy tunes into the early hours at Fifth Manchester or check out the Deaf Institute or the Star and Garter, both incredibly popular right now. 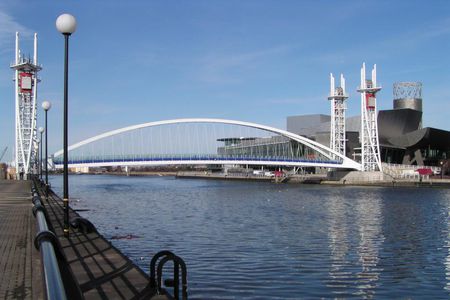 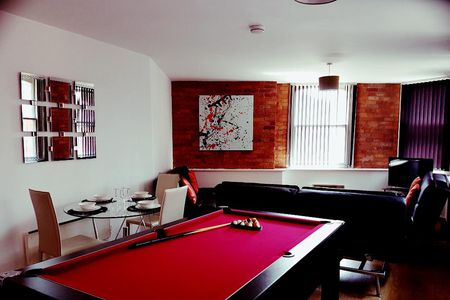 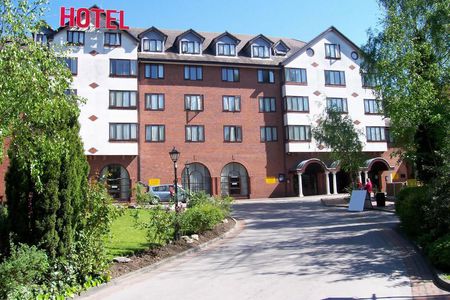